Takata Kabushiki Gaisha (Takata Corp) was a company established in 1933 by the Takada family which manufactured automotive parts such as seatbelts, airbag systems, child restraint systems, and so on. The company was extended out of Japan and created subsidiaries in Europe and the Americas. TK Holdings Inc, the US Takata Branch which is at the scandal origin was created in 1989.

An overview of Takata’s scandal

The scandal, which eventually led to the collapse of the company, began in 2007 when Honda reported three incidents related to the use of Takata’s airbags. Subsequently, it emerged that at least 22 deaths and hundreds of injuries worldwide were caused by Takata inflators. The problem with that product was that they could explode, unleashing dangerous splinters of metal inside the affected vehicles.

The reasons behind the failures of Takata’s safety pieces of equipment can be traced back to the 1990s. In fact, although Takata Corp was successful in the US in the 1980s in supplying seatbelts, when the airbag business began in the 1990s, the company faced challenges that at that period of time were common to all manufacturers. The issue was that, due to the fact the US regulation required the airbag to properly restrain a fully grown man who was not wearing his seatbelt, using the technology of the day the deployment of the airbag was too forceful when restraining smaller sized women and children. For this reason, the first versions of airbags supplied to carmakers caused injuries. After those incidents, Takata introduced into the market new types of airbags that used Tetrazole based propellants but, due to the company’s refusal to follow standard industry safety practices, in 1997 a series of inflators explosions occurred and curtailed the production. As a result, the company had to purchase inflators from rivals and lift them to car manufacturers across the US, which had a major impact on the profitability of Takata’s business activities in the US. Because of these additional costs, Takata’s executives pressured their researchers in the US to develop a propellant based on ammonium nitrate which is a cheaper compound but also risky compound. The problem with that propellant, which is designed to ignite and burn so that the gasses from the burning fill the “air” bag, was that, due to normal environmental conditions or manufacturing defects, it could burn too quickly and create excess pressure inside the metal container. As a result of the excess pressure, the metal container would rupture explosively ejecting sharp and dangerous shards of metal into the interior of the vehicles with disastrous consequences for the passengers.

Notwithstanding the inherent danger, Takata’s executives chose to use the ammonium nitrate in their airbag inflators. This, even if a patent application filed by Takata in June 1995, expressed concern about the use of the compound that is vulnerable to temperature change and can explode violently under excessive pressure.

Despite the concern of potential dangers, in the late 1990s, Takata offered to supply its airbags to General Motors, who asked its airbag supplier — the Swedish-American company Autoliv —to match the cheaper design or risk losing the automaker’s business. When Autoliv’s scientists studied the Takata airbag, they found that it relied on the dangerously unstable compound in its inflater, communicated it to General Motors and refused to comply with the request. However, General Motors decided to buy Takata’s airbags irrespective of the inherent risks related to their usage. As of 2001 Takata started to supply also other automakers, with the consequence that more than 100 million of its airbags were installed in cars in the United States.

Takata scandal has highlighted the crucial role that whistleblowing plays in unveiling corporate misconduct and the importance of the establishment of awarding systems from government agencies. In this case, whistle-blowers Mark Lillie and another two men who remain anonymous, all former employees of Takata, provided crucial assistance under the Motor Vehicle Safety Whistle-blower Act 2015 unveiling the corporate misconducts. The whistleblowers were represented by Mary Inman and other attorneys of the international law firm Constantine Cannon.

After the first accident with a Honda driver in Alabama in 2004, the whistle-blowers revealed that secret tests had been made during summer 2004 in the company’s American headquarters and, from them, it had clearly emerged the potential danger for the life of the passengers of those airbags. The tests were made under the supervision of Takata’s vice president for engineering but the authority under whose it was operated was not known. The results were discounted by Takata executives and technicians were ordered to destroy the testing data including computer backups and videos.

Mark Lillie, who was an engineering manager of Takata US branch by the international law firm Constantine Cannon, alerted the US Department of Justice and the Federal Bureau of Investigation, and Department of Transportation’s National Highway Traffic Safety Administration and the U.S. Senate after countless effort to warn Takata’s executives about the dangerousness of the compound. He supplied evidence such as emails, designs, witness lists, and other crucial information to the authorities that proved Takata knew by 1999 that the airbags could be deadly. The other whistle-blowers provided proof of falsified data, subverted testing procedure and concealed reports Takata’s airbags were prone to failure.

The three whistle-blowers have shared an award of $1.7 million, under the Motor Vehicle Safety Whistle-blower Act 2015, for having provided crucial information to authorities in prosecuting Takata and bringing justice and compensation to the victims. The Act provides for monetary rewards for insiders in the auto industry reporting serious safety violations. This awarding system allows employees or contractors, who report serious safety violation of federal vehicle safety laws, to receive between 10% and 30% of any monetary sanction above $1 million recovered by the government based on the information given by whistle-blowers.

The company misconduct was publicly reported and a defect investigation by the federal agency National Highway Traffic Safety Administration was conducted in 2015 after Takata failure to answer the inaccurate information provided to US auto safety regulators. Takata was ordered to pay $14,000 per day for insufficient response to the defect investigation. It was only after six deaths that Takata admitted that some inflators might be faulty and agreed to pay penalties of up to $200 million and recall millions of defective inflators. In 2016 more deaths were attributed to Takata by Federal Auto Safety Regulators and a panel concluded that Takata must revamp its quality control processes for its vehicle products. In January 2017, the US Department of Justice charged three executives of the company with wire fraud and conspiracy.

Takata agreed to plead guilty to wire fraud and to pay 1 billion in penalties including the restitution of $975 million and a fine of $25 million. Takata had also agreed to conduct strict internal controls, maintain a compliance monitor for a three-year period and collaborate completely with the continuing inquiry of the department. Hugely affected by the vast recall of airbags, the company filed for bankruptcy protection in June 2017 and the viable activities were sold to Key Safety Systems (KSS), which is a Chinese owned American rival company.

KSS, a commission of injured driver, an unsecured creditors committee, and automakers reached an agreement establishing a trust to pay compensation for those injured or killed by the airbags and the waiver of certain claims against the company by car manufacturers. Takata could not bear the full cost of the recall and the crisis and sold all assets to KSS.

This was the end of Takata Corporation.

The reason behind the Takata collapse

The collapse of Takata is essentially the dramatic result of corporate irresponsible behaviors based on profit maximization,  the decision to aggressively fight to gain additional market shares at all cost, and senior management that did not understand the technology that they were producing. The key decision was the one taken by the executives of Takata’s US subsidiary, who ordered their researchers to develop a propellant using nitrate ammonium and avoid more expensive but safer compounds. Hence, by ignoring the well-known inherent dangers of such a propellant, the executives intentionally accepted the risk to produce airbag inflators that could cause serious wounds of even kill the drivers and the other passengers in the vehicles where they were installed. The order was not only in total contradiction of the director’s duties which are expected to be fulfilled in good faith and reasonably in the best interest of the company but it also demonstrated a criminally relevant disregard for other people’s health and safety. Such irresponsible behavior was then reiterated when the Takata’s executives decided to falsify the corporate research data, adopting fraudulent conduct that has also a specific relevance under criminal law.

The gravity of Takata’s irresponsible behavior appears even more serious if we take into consideration what it should be its “original social responsibility“.

The sole purpose of the production of airbag inflators is to avoid injuries and death in traffic collisions or other accidents involving vehicles. As a result, Takata had a specific duty or care consisting of ensuring a higher level of people safety in the automotive industry. With its irresponsible corporate decisions, which totally contradicted the implicit promises of assuring safety and creating a safer driving environment, Takata fundamentally betrayed its original social responsibility demonstrating an immoral and merely profit-driven corporate attitude.

Another dismal Takata’s corporate social responsibility failure can be identified in the lack of sincere corporate apologies or sympathy for the victims and their families. It is emblematic that in the website published after the scandal Takata merely apologized for the “widespread concern and the inconvenience caused” as a result of their inflators… 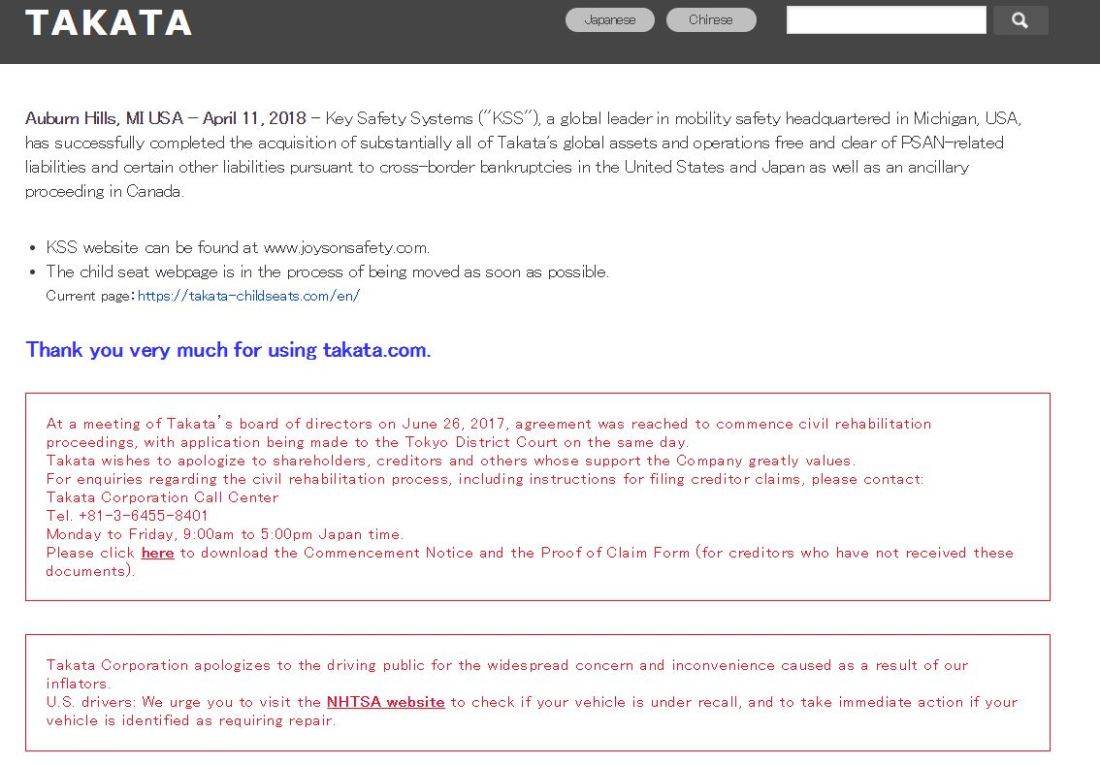 The fundamental role played by whistle-blowers

All the issues raised by the scandal above might have been avoided or reduced with improvement in the way the business was conducted but also in how the company was organized. However, the Takata scandal has clearly demonstrated for the umpteenth time, relying on not mandatory corporate governance and corporate social responsibility measures cannot prevent corporations to act in an irresponsible way causing great hurt to our society.

At the same time, from the scandal, it has clearly emerged the crucial role that whistle-blowers play in our society. All the Takata’s employees that had the courage to reveal the corporate misconducts and cooperate with the authorities have to be considered as heroes of our time. Thanks to their ethical decisions, which were taken notwithstanding the uncertainty of the outcomes and the risk of retaliation, many lives were surely saved and the business operations of a deeply immoral corporate environment were finally put to an end. We have not only to be thankful to whistle-blowers but also do our best to protect and support them.

The views, opinions, and positions expressed within all posts are those of the author alone and do not represent those of the Corporate Social Responsibility and Business Ethics Blog or of its editors. The blog makes no representations as to the accuracy, completeness, and validity of any statements made on this site and will not be liable for any errors, omissions or representations. The copyright of this content belongs to the author and any liability with regards to infringement of intellectual property rights remains with the author.

13 thoughts on “Death from the inside: An analysis of the murderous business strategy of Takata corporation” 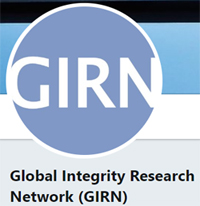